Hey, it's been nearly three months since the last post. Whoops! Things have been progressing slowly here, but I do have a bit of material I haven't put up yet. Let's start with character sketches from Shannon. 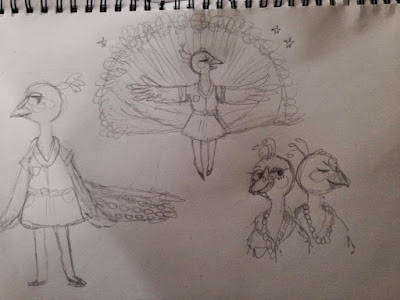 Charming, confident, and sharp, Ms. Boyd is all about image, and is glad to parlay her skills into commercial success for your company as Director of Marketing. 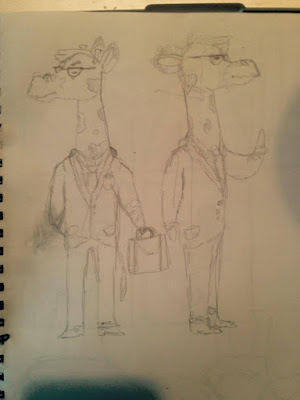 Our yet-unnamed Chief Financial Officer in his younger days. He's all business, he doesn't leave things to chance, and he will give whatever it takes to see things through. 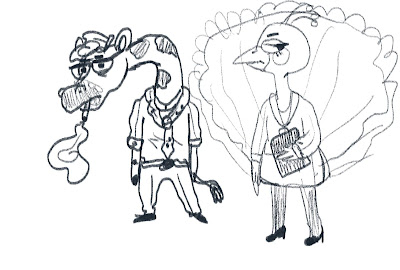 And here they are together. The years weigh heavy on him, but the CFO is as determined as ever. Ms. Boyd, meanwhile, is having a bad day, but has plans to set things back on the right track.


Meanwhile, I've been working on further developing the design document, and supplementing it with visual models of the game's structure. I don't know a thing about UML conventions, so I've probably grossly misused a bunch of symbols, but it holds meaning for me, which is the important part. It's not terribly exciting, but for those who are curious, and for the sake of having something to show for my work, here's the tangled mess of design maps so far. 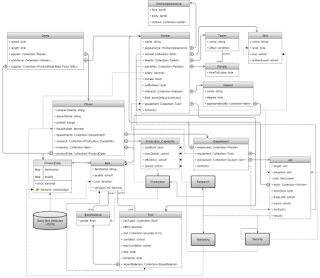 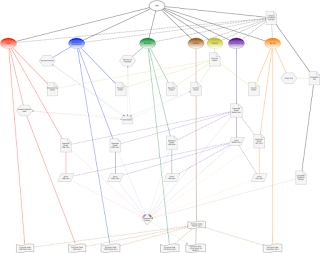 While there's no actual code yet, this planning will be invaluable. Several years ago, I made a prototype of this game without any of this material to work from — all the code was entirely off-the-cuff, working from mental models and tweaking them until they behaved as expected. While it worked, the code was an absolute mess; even if it weren't built on a now-defunct framework, I'd be starting over from scratch now, because I'd have no idea what I was coming back to.


Please look forward to our next update! I can't be sure when it will be or what it will involve, but work is continuing.
Posted by AmzRigh at 2:00 PM